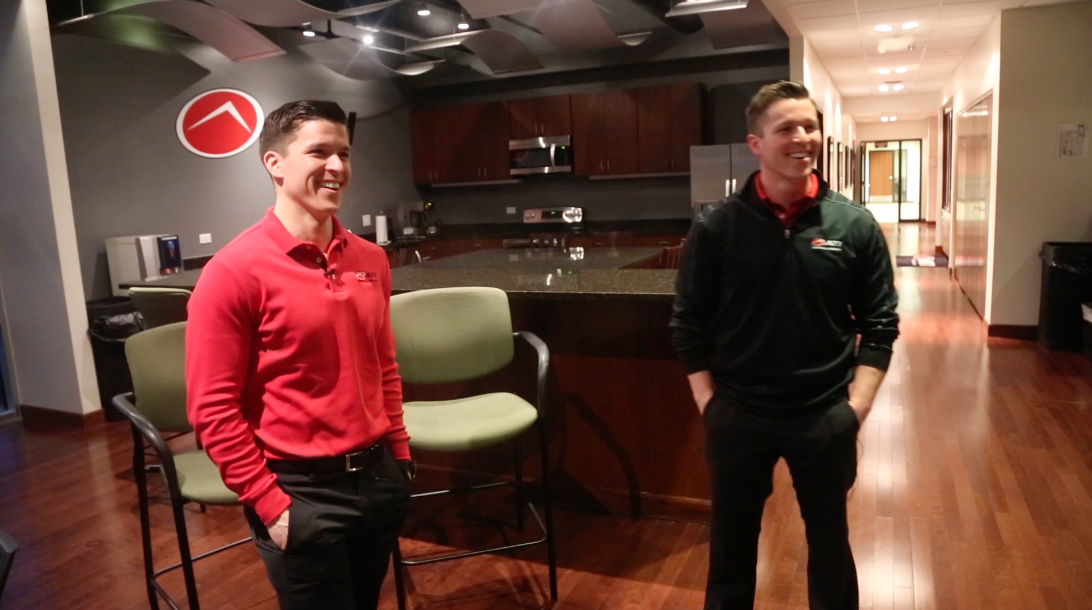 Josh and Justin Velarde have shared everything since birth – the same sports, the same schools, and as young boys, even the same outfits (Josh always in blue, Justin in red). So it makes sense that they would share not only the same profession, but also the same employer. Both are clinic directors and physical therapists at Illinois-based ATI locations and ironically, they are still dressing alike – for work that is – in ATI black and red logo gear. Josh works as Regional Director out of the Downers Grove, Illinois clinic and Justin as Clinic Director in New Lenox, Illinois.

Growing up, Josh and Justin were very active and very competitive. “We were good kids, but we were always at each other,” said Justin. Their horseplay had rules, though. “We never hit in the face. That was the rule and we always stuck to it.”

Both were competitive wrestlers. And occasionally, throughout the years, were in the same weight class and had the opportunity to wrestle each other. “If we’d wrestle each other a couple of times in a season, I’d win one, Justin would win the next,” said Josh. The brothers say that right now their wrestling score is tied and that it has been suggested by ATI colleagues that a tie-breaking match should be held to benefit the ATI Foundation.

Josh and Justin both went to Illinois State for undergrad and Governors State for physical therapy school. “Being identical twins, we were always asked whether we swapped classes. Academically, we were pretty identical, so swapping classes wouldn’t have benefited either of us,“ said Josh. “And, even though we have a friendly competition with each other, we both appreciate having the opportunity and willingness to help each other out.”

Despite being in the same profession, there’s no rivalry at work. “With our careers, I want the best for Josh and his family,” said Justin. “On the golf course, however, that’s a whole ‘nuther story!”

From Patient to Physical Therapist

It was a shoulder injury that led Josh to pursue a career in physical therapy. “I was a biochemistry/molecular biology major, but had no idea what I wanted to do. I had shoulder surgery my senior year in college. Going through the whole rehab process myself opened my eyes to a new direction and led me down this career path.”

For Justin, also a science major, the idea of working with a wide variety of people, especially athletes and the older population, was very appealing. “We grew up with our grandparents, so we really enjoy working with and being around seniors. Physical therapy is a profession where you can have that variety.”

Learning Discipline from a Young Age

The Velardes grew up with their grandparents and credit them for much of their success. “Our grandmother played organ at the church for years. Our grandfather was a calculus and advanced math teacher. They kept us disciplined, instilled good values and steered us on a successful path,” said Justin.

“When I was in college, I remember spending hours on the phone with my grandfather, going over my math homework,” said Josh. “And it wasn’t that I needed the help, it was that we both enjoyed going over the problems and the rationale behind the answers. It was how we bonded. His dedication to teaching and helping people really rubbed off on both of us.” 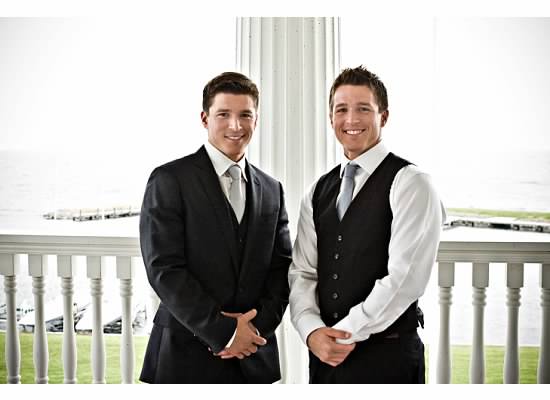 It’s the company’s focus on helping people, providing high quality care and changing lives that motivate the Velardes in their work. “What I like best about ATI are the people. Not just the teamwork and collaboration within my clinic, but also from the corporate level on down. The resources I have from everyone in the company are great. I feel like I have the support I need to meet my personal and professional goals,” says Justin. “Also, our quality of care is a key differentiator. I think we do things on a different level that can’t be matched elsewhere.”

For Josh, having the opportunity to change lives is one of the most meaningful aspects of his work. “When we get busy, it’s easy to lose sight of the impact we have on peoples’ lives. Sometimes you need to slow down and take a look at the difference you’re making for one patient alone. Multiply that by all of the people you see. It’s such a great feeling knowing you’re helping people change their lives for the better.”

“The minute someone walks through our door, we greet them by name. It sounds like a simple thing, but it really sets the tone for their course of therapy. We make sure that everyone introduces himself or herself. It’s important to us that we create a welcoming, homey environment. For many of our older patients, this may be their only social outing, so we want to make sure they feel cared for and important,” said Josh. “We want to create an atmosphere where patients thrive.”

“It’s also important for us to celebrate our patients’ success. When a patient accomplishes something, we break out in applause,” said Justin.

The brothers insist that you can’t create a great experience for patients without having a great experience for employees. “It’s important that my team knows I have their back at all costs. And that they feel like they’re part of a winning team,” said Josh. Justin encourages an open door policy at his clinic. “I want staff and clinicians to come to me with any issues. I want to reward success and let employees know when they’ve done a great job.”

“Our team approach is second to none. Whether it’s someone helping out in the clinic or a colleague reaching out at the corporate level, there’s always someone there to help,” says Justin.

ATI Holdings, LLC, Athletic and Therapeutic Institute of Naperville, LLC or any of their affiliates, parents, subsidiaries, predecessors and successors, complies with applicable Federal civil rights laws and does not discriminate on the basis of race, color, national origin, age, disability or sex.

Language Assistance Services
If English is not your primary language, language assistance services, free of charge, are available to you. Call 855-MY-ATIPT (855-205-4916).